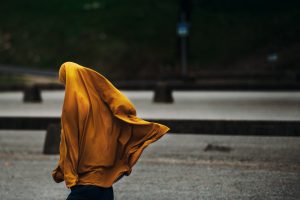 According to a Washington Times article (Dec 2012), 84% of the world has a faith. How their faith is practiced varies by religion, country, and individuals. Religious devotion is quite personal, from the once-a-year visitor to the zealot. Religious beliefs can influence a wide variety of aspects of our lives including rituals, diet and appearance.

The religious ideals of some people are quite evident by outward appearance. Consider:

Most countries in Europe boast of religious freedom and are quite tolerant of religious practices. For example in the UK, Sikhs who hold public jobs such as police officers are allowed to wear a turban, (Though the turban must be in compliance with a dress code, e.g. the color.) These countries have had to develop policies and procedures to deal with religious differences

Germany doesn’t have a law against Muslim women wearing a hijab with a veil so individuals from conservative Muslim countries can still visit or live in Germany without compromising their values. As a result, Ihad wondered what would happen in a situation where identification would be important. While waiting to pick up a friend at the Munich airport who had to go through immigration, I was able to observe the review process of a young family arriving from Saudi Arabia. The woman wore a veil but was required to show her face to the immigration official because the official had to be able verify her identity against her passport. Circumstances trumped religion.

Correspondingly, some countries have begun to evaluate what practices will be acceptable. France passed a law in 2010 which was upheld by their high court in July 2014, that made wearing hijab with a veil in public illegal. (Reuter’s article)  Lawmakers said the law was needed for public safety. Most law enforcement officials believe that it is vital to be able identify an individual i.e. to see a person’s face.  Belgium and Switzerland have passed similar laws.

What are your thoughts?

Quote of the day